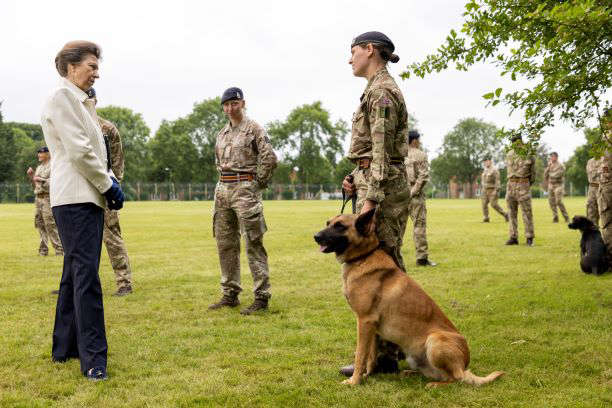 Rutland had a royal visit last Friday, however unless you were at St George’s Barracks you were probably completely unaware. HRH The Princess Royal was in North Luffenham marking the tenth anniversary of the 1st Military Working Dog Regiment as part of Armed Forces’ Week.

Lieutenant Colonel Kay Hanson, the Commanding Officer of the regiment, said having the Colonel-in-Chief presenting the awards made it extra special:

“It’s not every day we award [these medals}” Colonel Hanson told Rutland and Stamford Sound “But not only that, it’s an extreme privilege for those receiving these awards to have them presented by Her Royal Highness so it was a really fantastic day.”

The Long Service & Good Conduct medal is awarded to service personnel who have served for 15 years with an exemplary record.