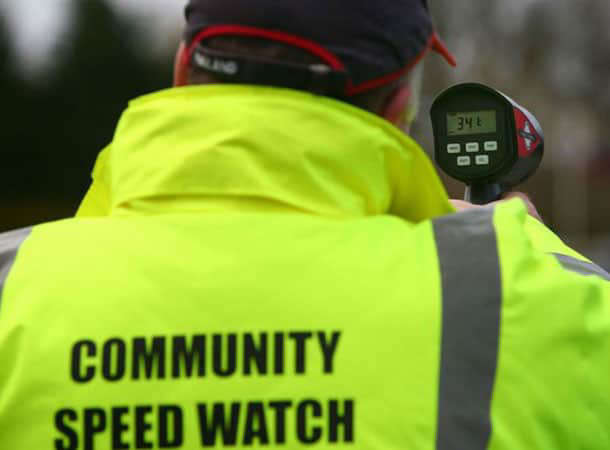 With new roadworks and traffic lights seemingly appearing by the day on our roads, country lanes and villages are increasingly being used as diversions. However, speeding incidents have also increased in communities and Rutland’s new Inspector of Police says that with their help, local residents can help slow frustrated motorists down.

The new Inspector of Rutland Police says that residents can successfully slow down traffic in their area with the support of officers. Community Speed Watch sees volunteers with speed guns monitoring traffic in their community – anyone found to be exceeding the speed limit gets a notice through the post.

On one day in the 30 mph zone at Langham, nine motorists were measured at between 36 and 44 mph. Inspector Lindsey Booth says regular monitoring can help get the message across that speeding won’t be tolerated:

“It’s a really successful scheme, with lots of interest” says Insp Booth, “[volunteers] are out most days and they’ve really had an impact so far…that’s been absolutely brilliant. I would encourage anyone interested in setting up a scheme within their community to let us know.”

The Speed Watch Scheme can be set up in any 30mph or 40mph zone. More details can be found here: Community Speed Watch .